Like my brother always says, “Red Neck is contagious.” 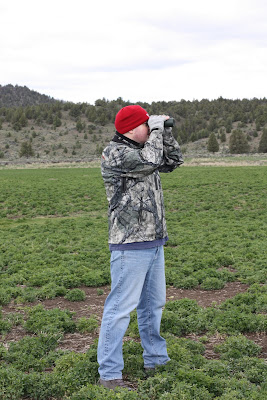 When I met the man of my dreams he was a Eugeneite who was more used to hippies wearing tie dye and patchouli than he was to people wearing cowboy boots and Carharts. In fact, the first time Daren drove up to meet my family he was in this green Audi station wagon and my brother said to his wife ” I give it two more weeks.”
By the time we were married he was driving his awesome and very manly black Toyota Tundra.  Then for Christmas he asked for cowboy boots and a shotgun….and to a girl born and raised in the country nothing could be hotter.
It took Daren exactly one year and two weeks to be baptised by fire ( almost literally) and make the final conversion over to Red Neckhood when he made the trek with my Dad and brothers to The Ranch in central Oregon. 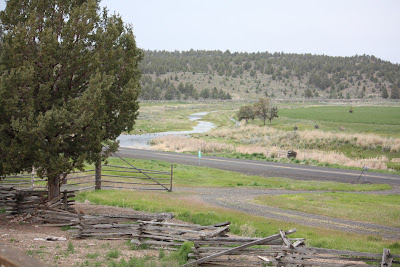 Here is my Dad and Jason getting the Tundra good and dirty. 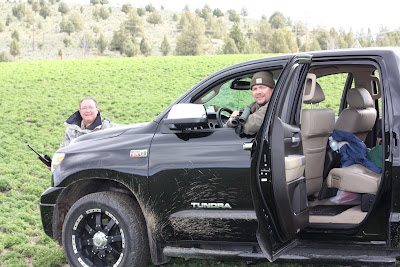 Ryan and Jason shooting at some target or another. The competition over who is a better shot is never ending, and though it hasn’t happened, one of these days I’m going to win. 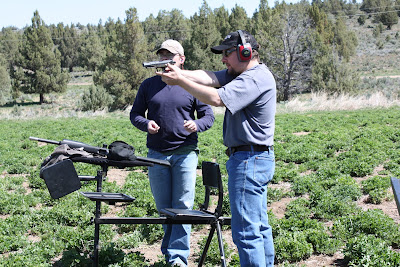 Daren in the back of the Tundra in his new orange Kubota tractor shirt. ( I told you he converted!) 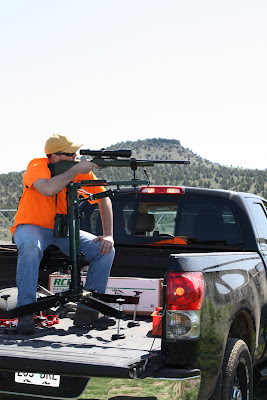 Here is Daren’s hand after he burnt it. His response was “well somebody needed to learn that lesson”  My response was ” maybe it shouldn’t have been the one man who earns his living with his hands!” All four of my favorite fella’s after a long weekend of target practice, wine drinking, cigar smoking and all around enjoying the joys of  being a Red Neck. 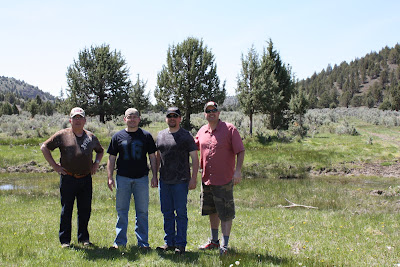