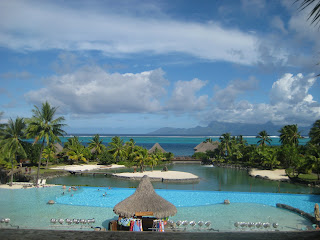 Papaeete is the capital of Tahiti and where we were determined to do more than sit on the beach and tan. So after a breakfast of fried eggs, bread and strange fruits we laid out and tanned. HA! 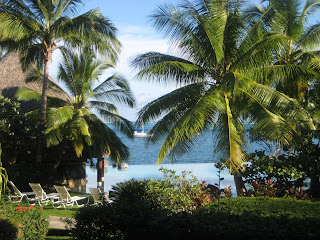 By lunchtime we were ready for adventure so we headed out, sweating all the way. Its been overcast and oh so humid so far. We ran to La Truck, which is their version of the city bus. Its a pick up cab with two long benches in the back boxed in with ply wood to keep it safe. 🙂 It is red and cost 250 french Polynesian franks.
It was a 15 minute ride to the Marche and the center of downtown. In true America style, we found a big flashy pizza joint for lunch where we ate pizza and sampled the great local beer, Hanano. Over to our left was a group of loud and laughing Australians ( Daren says they were British and that will forever be up to debate). On stop at the currency exchange machine, a machine that is a lot like an ATM. You put in your money and out comes theirs. Then it was an ice cream cone and to the Marche.
The Marche is a big open air market where everything from fruit and fish to woven baskets and hats are sold. Daren’s comment about the place was ” I think I just found out where a lot of my Christmas presents came from.” 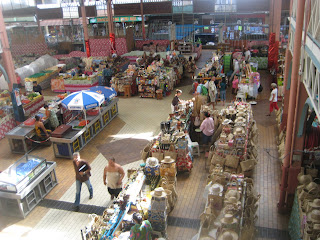 Back to the hotel on La Truck and a few more hours at the infinity pool then to dinner at the hotels over water restaurant. 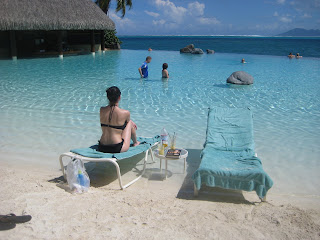 I wore my yellow Jimmy Choo’s that Daren gave me as part of my wedding present. 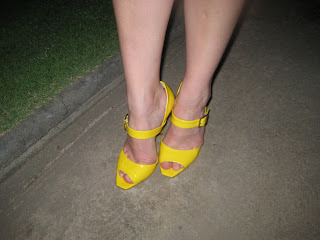