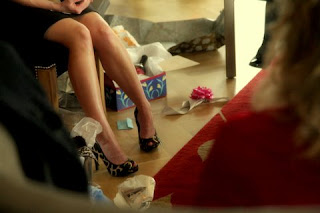 We are one month out from W Day. Things are moving very fast and are ridiculously exciting. I am so excited I can hardly stand myself which means there must be a few out there who actually can’t stand me and my excitement these days! HA! If you know me, you know that I am an excitable person under regular circumstances and now that its my wedding and my marrying the man of my prayers and dreams its over the top. Luckily I have I wonderful group of friends and family who are standing by me as my Bridesmaids and have been very busy throwing and attending all of the showers and parties. Two down and two plus a bachlorette party to go! 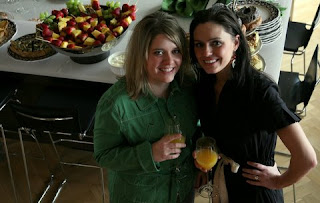 My first shower was thrown by my bridesmaids and had a honeymoon theme. The whole place was decked out in Tahitian style decor complete with candles in sand, white linen curtains hung by rope swaying in the breeze and blue like the ocean cookies shaped like a B with sea shell decorations attached. 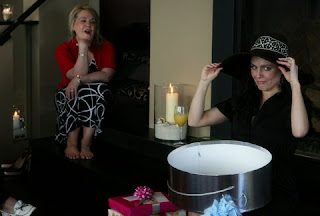 It was a brunch shower with quiche and mimosas. The whole morning was filled with class, excitement and a little embarrassment. As gifts I received some things that are on our registry that I was really hoping to get as well as a few fantastic pieces to where in public during the beachy honeymoon. And there were the gifts I opened that are for private viewing only! The embarrassing part is that one of the cutest “outfits” I was given was from my soon to be mother-in-law!!! I was very gracious and thankful but assured her I would not be telling her son which items of risque attire were from his mom. HA! 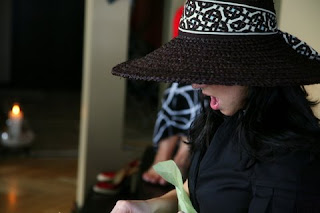 It was a great time had by all. Thank you Bridesmaids for such an amazing and unique shower. It was everything I had hoped for. I love you guys!

The second shower was a Martini and Lingerie Party….those pictures and public access stories coming soon. 🙂