I went for the Rice-A-Roni…

I went for the Rice-A-Roni…

…and ended up with hot wings sauce in my eye. I don’t have any idea where I was which is how I spent much of my time visiting San Francisco over the weekend. Luckily, Daren spent 7 years there in school and one of my college roommates, Beth, has lived down there most of her life so I was in good company. 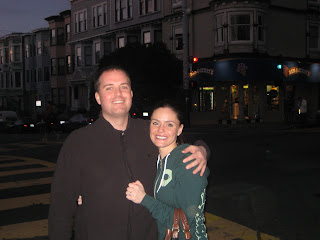 Daren was asked by the Board of Podiatric Surgeons to come down to San Fran and assist in the testing process. Since his trip was paid for and I had never seen the city it made perfect sense to take a long weekend and experience the incredible city of San Francisco. 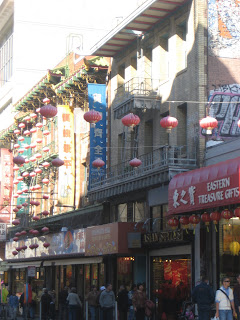 I met up with my friend, Beth, for a tour of the city complete with boutique shopping and martinis. 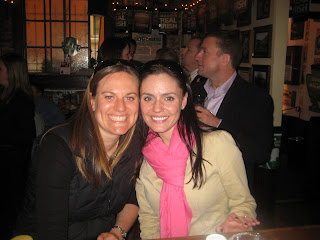 That evening Daren made reservations for us at a place called Julies Supper Club that he remembered as a really cool hot spot and wanted to show me. Note that it has been eight years since my dear Daren has lived in SF…When we showed up this place was a dead as a doorknob with no one in the whole building except for the bartender! After sufficiently laughing at Daren the three of us hailed a cab and made it so Cha, Cha,Cha’s and literally gorged ourselves on the most delicious Cuban food and sangria ever! It was really really amazing food. 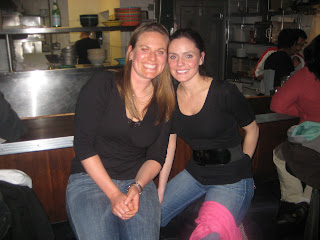 On Saturday Daren and I went on a beautiful 8 mile run around the city. We ran from Golden Gate Park through some cute neighborhoods and even up one “San Francisco hill” and came down into the beach by some old ruins of a bathhouse. It was so pretty and just perfect weather but I don’t have any pictures because Daren successfully convinced me that it was in fact ridiculous to take my phone, inhaler, sunglasses, cash, ID, debit card, hotel key and camera on an eight mile run! But take my word for it that is was great. After the run we met up with Beth and her black lab at a coffee house called Java Beach. Great coffee, great food, great company and a black lab…perfect morning.
That night Daren and I went to a place that will forever be in our hearts and minds as one of the best dinners ever. The House of Prime Rib! Nothing on the menu but red meat, potatoes, and red wine. It was heaven. 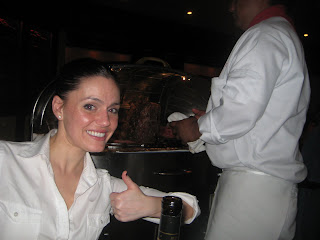 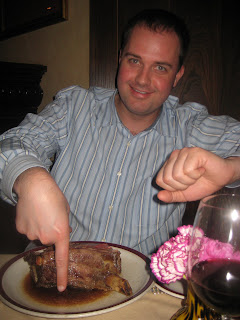 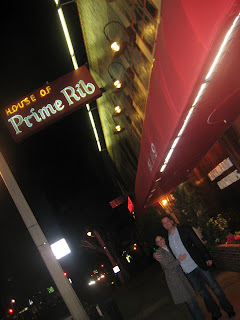 Sunday we made the rounds of all things San Fran. Including the trolley, Fisherman’s Wharf, Ghirideli Square, In and Out Burger, a photo booth, and china town. It is a fantastic city with so much character and diversity. Plus I found my perfect wedding shoes. 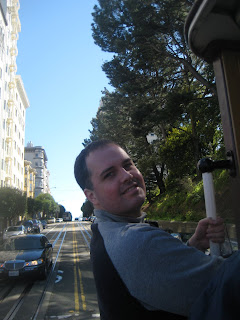 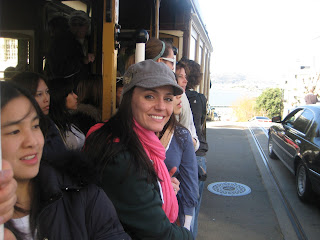 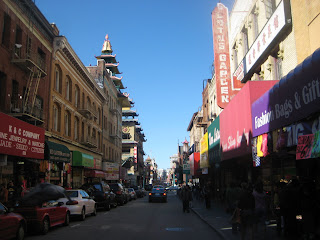 I never did get my rice-a-roni, the San Francisco treat, but I did get coffee splashed in my face on the way to the airport. I call it a draw.